Ch. Onepenny's Ketch Me If You Can WCX JH RN x Can Ch. FURELISE OF GREAT PLEASURE JJr

Lua was born on January 28th, 2009.  She was bred into Kalmegess Kennels with Terri and Mike Newey.  She was from the Sedona x Ketch litter.  Lua is a wonderful addition to our family.  She has a sweet, calm and friendly disposition.

So far, Lua has taken part in numerous Obedience, Rally, Agility courses, as well as Therapy Dog training.  She also has excelled in Conformation events, where she won two 5 point majors.  One of these wins was at the Ontario Regional Toller Specialty '11, where she took Best of Opposite.  Lua finished her Championship three years ago with two Best of Breeds and a Group 3rd!  Thanks to judges Robert Slay and Ron Mahon!
Over the course of the summer, we have been doing plenty of training, especially in the field. We look forward to taking part in the National Toller Specialty in New Brunswick!

Lua has proven to be very versatile and continues to amaze us with her intelligence and radiant personality. 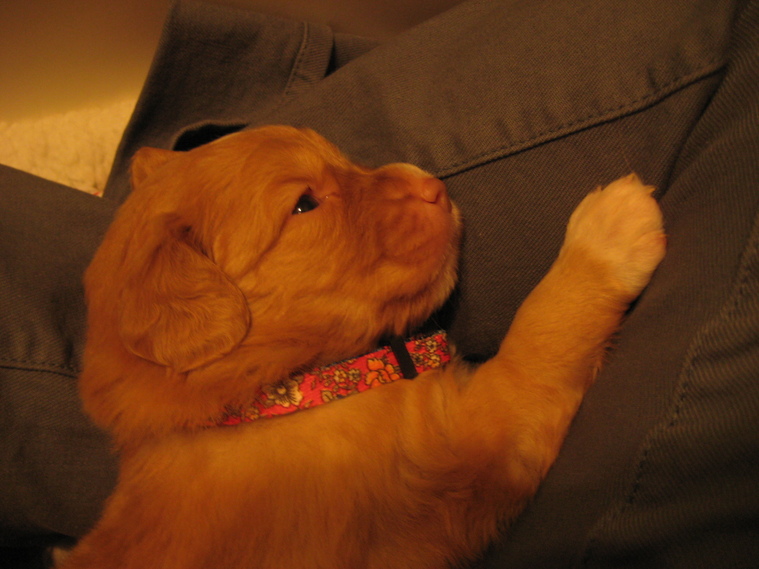 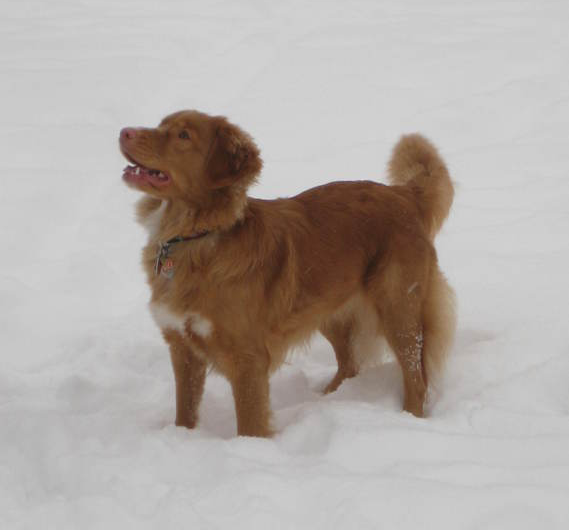 -September 2010- Lua finished off her Canadian Championship in style with two `Best of Breeds` and a `Group 3rd`!

-August 2010- Lua was awarded `Winner`s Bitch` at the ​​NSDTRCC Regional Specialty! This marked her second five point major towards her Championship.

-November 2009- At the age of 10 months and her second appearance in the show ring, Lua was named `Best of Breed` and `Best of Winners` at the Ottawa Kennel Club Show!  ​This was an impressive win over numerous Specials.  It was Lua's first five point major win!

​​-April 2012- Lua had her first litter (the `Forestry` litter, 3 boys and 2 girls)! This beautiful litter was sired by the handsome Solo, `MBPIS MBPIG CH Katyra's Flying Solo CGN`. See `The Forestry Litter`page for more information.
​
​-August 2011- Lua took `Best of Opposite` at the NSDTRCC Regional Specialty! This was the second year in a row she was highly regarded at the Ontario Specialty! 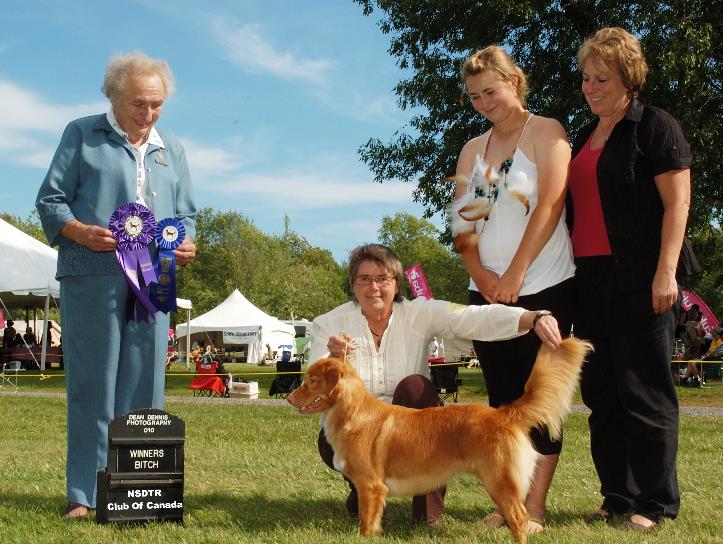